The most successful people on the planet are also the people likeliest to devote an hour a day to reading and learning. 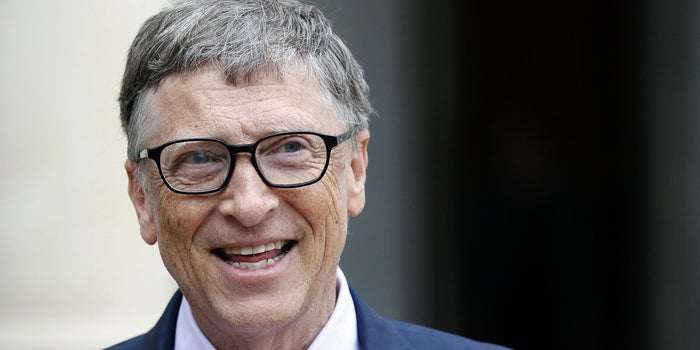 You just walked in the door from an exhausting day at work. You’re hungry and spent, just wanting to catch your breath for a minute. You grab something to eat and then veg out in front of the TV. Next thing you know, you’ve just binge-watched five episodes of the latest Netflix show.
While that’s okay occasionally — we all need ways to decompress and shut down — this isn’t a healthy habit. That’s why the most successful people in the world spend their free time learning.

It’s not exactly breaking news. During his five-year study of more than 200 self-made millionaires, Thomas Corley found that they don’t watch TV. Instead, an impressive 86 percent claimed they read — but not just for fun. What’s more, 63 percent indicated they listened to audiobooks during their morning commute.

Productivity expert Choncé Maddox writes, “It’s no secret that successful people read. The average millionaire is said to read two or more books per month.” As such, she suggests everyone “read blogs, news sites, fiction and non-fiction during downtime so you can soak in more knowledge.” If you’re frequently on the go, listen to audiobooks or podcasts.

Maybe you’re thinking: Who has the time to sit down and actually read? Between work and family, it’s almost impossible to find free time. As an entrepreneur and a father, I can relate — but only to an extent. After all, if Barack Obama could fit in time to read while in the White House, what excuse do you have? He even credits books to surviving his presidency.

President Obama is far from the only leader to credit his success to reading. Bill Gates, Warren Buffett, Oprah Winfrey, Elon Musk, Mark Cuban and Jack Ma are all voracious readers. As Gates told The New York Times, reading “is one of the chief ways that I learn and has been since I was a kid.”

So how do they find the time to read daily? They adhere to the five-hour rule.

Related: How to Make a 5-Hour Workday Work for You

Breaking down the five-hour rule.
The five-hour rule was coined by Michael Simmons, founder of Impact, who has written about it widely. The concept is wonderfully simple: No matter how busy successful people are, they always spend at least an hour a day — or five hours a week — learning or practicing. And they do this across their entire career.

Simmons traces this phenomenon back to Ben Franklin, who was constantly setting aside time to learn. Franklin generally did this in the morning, waking up early to read and write. He established personal goals and tracked his results. In the spirit of today’s book clubs, he created a club for artisans and trademen; they’d come together to pursue self-improvement. He also experimented with his new information and asked reflective questions every morning and evening.

The three buckets of the five-hour rule.
Today’s successful leaders have embraced Franklin’s five-hour rule by breaking the rule into three buckets.
Read: Self-made millionaires including Mark Cuban and Dan Gilbert, owner of the Cleveland Cavaliers, read between one and three hours daily. Elon Musk learned how to build rockets, which lead to SpaceX, by reading. Besides expanding your knowledge, Jack Ma, co-founder of Alibaba, says that “reading can give you a good head start; this is often what your peers cannot obtain. Compared to others, readers are more likely to know other industries’ strategies and tactics.”

Even if you can’t commit to an hour or more of reading every day, start with 20 to 30 minutes. I always have a book with me so when I’m waiting for a meeting to start or in the waiting room of a doctor’s office, I can read instead of waste time on my smartphone. You could also try audiobooks during your daily commute or when exercising.

Related: How Do Your Reading Habits Compare to Elon Musk’s, Mark Zuckberg’s and Warren Buffett’s?

Reflect: The five-hour rule also includes reflecting and thinking. This could be just staring at the wall or jotting down your thoughts. For example, Spanx founder Sara Blakely is a longtime journaler.

Focusing on the past gives you a chance to learn from mistakes you’ve made, as well as assess what you did correctly. As a result, you’ll be better suited to achieve your goals and improve your life. In 2014, a University of Texas study found that mental rest and reflection improves learning.

Need help getting started? Schedule reflection time in your planner. I’ve found blocking out 15 to 20 minutes after lunch is ideal because I’m coming out of that post-lunch slump. But start small: allocate five or 10 minutes per day, and then work your way up so you’re not overwhelmed.

Know the questions you want to ask. Stick with just two or three questions focused on that specific day. For example, if you attended a conference, ask, “What were the key takeaways?” and “How can I apply this to my business?”

Experiment: The third and final bucket is rapid experimentation. Ben Franklin and Thomas Edison became leading inventors and thinkers because of their experiments. We have Gmail because Google allowed employees to experiment with new ideas.

The reason experiments are so useful is that you have facts, not assumptions. Experiments show you what’s working. You can learn from your mistakes and obtain feedback from others. Best of all, experimentation isn’t that time-consuming. Most of the time, you’re testing through the same activities you’d perform without testing.

Jack Ma even recommends applying the knowledge you’ve learned to a real-life scenario. For example, after reading a book about collaboration and teamwork, you could take on new volunteer work to put that knowledge to use.
When you make learning a habit, you’ll be more successful and productive in life. By investing in a reading habit, you can ensure you’re growing yourself — and your company — every day.