Increased waiting times for visas in Australia are seeing migrant workers being left with little time to find an alternative way of staying.

Increasing waiting times for permanent residency visas are putting migrant workers in Australia at greater risk of exploitation and deportation, unions and migration agents say.
Migrants relying on an employer to sponsor them to gain permanent residency face up to two years in limbo while their visa applications are processed.
And that can be a long time in business.
“When businesses collapse – which is fairly frequent, particularly in some industries – they leave behind carnage and it’s particularly hard on workers on visas,” United Voice ACT secretary Lyndal Ryan said.
Applicants are left scrambling to find alternative sponsorship and start the costly process again.
But if they fail, or as some have discovered, the rules have changed in the meantime, they must return home.

Chinese national Wei ‘Mira’ Chen twice came close to securing permanent residency in Australia, where she has been living with her husband for five years.

But both times the collapse of the business she was working for ruined her chances.

“We were thinking we had a future in Australia and now it’s all gone,” the 30-year-old told SBS News.

The junior chef first applied with the backing of the owners of Jamie’s Italian in Perth – a restaurant chain founded by British celebrity chef Jamie Oliver. 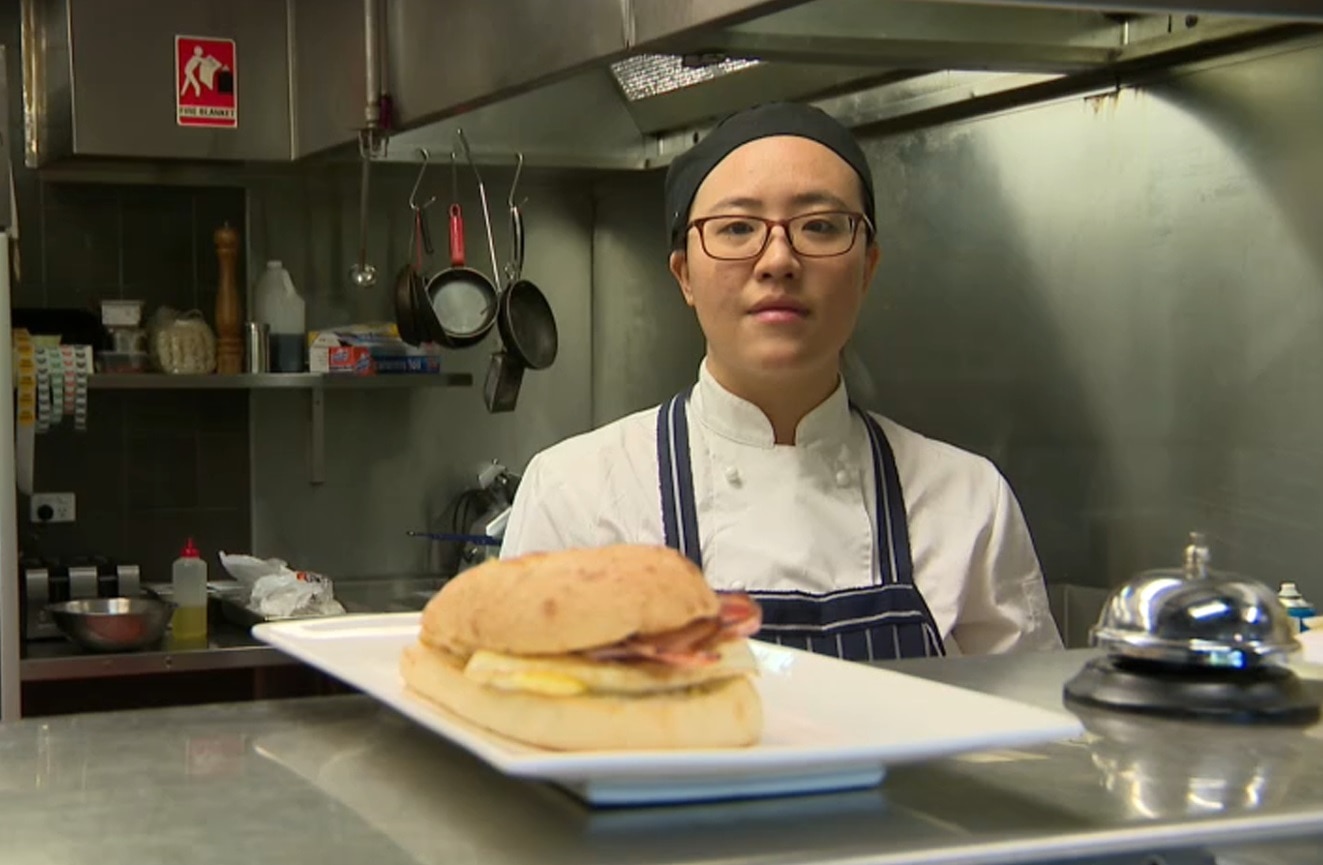 Wei ‘Mira’ Chen had planned a future in Australia.
SBS News
When the owners Keystone Group declared bankruptcy, the new owners of Jamie’s Italian in Canberra offered her a job and sponsorship, so she moved across the country and lodged a fresh $3500 visa application.But in April last year, she received a worrying phone call from the head chef asking her to come in on her day off.
“He said ‘no need to bring my apron’ and I realised there must be something wrong, and when I got there they said ‘we’re shutting down our business from today’.”

When I got there, the head chef said ‘we’re shutting down our business from today’.
Mira Chen, Migrant worker“I was like, how did this happen to me again in two years’ time?”While the Department of Home Affairs is yet to make a decision on Ms Chen’s visa application, she faces certain rejection and deportation within 28 days of the decision. Junior chef Wei ‘Mira’ Chen is facing deportation after two businesses willing to sponsor her collapsed.
SBS News
Since lodging the most recent application, the rules have changed which mean even if Ms Chen secures another job she no longer meets the visa criteria to stay as she falls one year short of the three years’ work experience required.“It’s very frustrating and very disappointing,” Ms Chen said.
If she is forced to leave she plans to return to China with her husband where she will consider opening a café.
Ms. Chen wrote to Jamie Oliver about her situation last year but has not heard back. Jamie Oliver Restaurant Group did not respond to questions from SBS News.

Migration agents say Ms Chen is a victim of excessive visa application processing times, with the typical wait time for the 187 subclass of visa she applied for currently standing at 21 months.
Nicholas Houston, director of Canberra-based migration agency VisAustralia, said people are left on bridging visas in the meantime and exposed to risk.
“From the perspective of the visa applicant it can create a lot of upset, consternation and stress,” he told SBS News.
“If there’s no job, then a person should not be receiving a permanent visa for a job that doesn’t exist and that’s fair enough, but it’s the processing timeframes and the methods of processing these applications where we have the issues.”
Mr Houston accused the department of deliberately allowing wait times to blow out to put a break on migration, citing even longer waiting times for parent and partner visas.
“They’re using the queue to basically control immigration numbers, so instead of changing the law to restrict the ability of employers to sponsor people, for example, they’re allowing the timeframes to blow out.”

[The government is] using the queue to control immigration numbers.
Nicholas Houston, Migration agentHe said the wait time has doubled from 18 months to 36 months for parent visas.Melbourne-based migration agent Kirk Yan agreed waiting times had increased substantially and the government’s own quotas were not being met 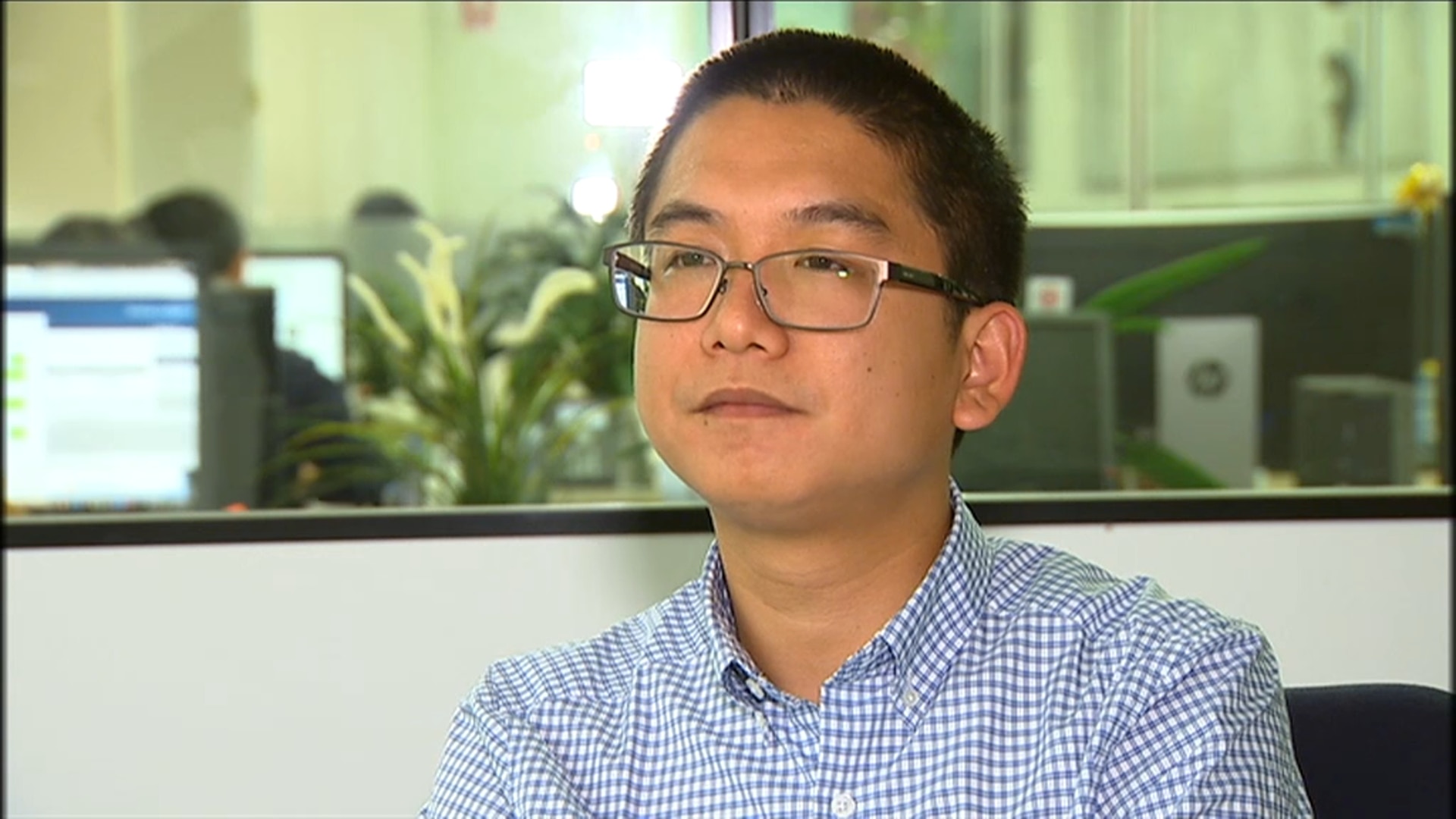 Migration agent Yan Kirk predicts it will take six or seven years for parent visa applications to be processed.
SBS News
After the government announced last week it would lower the country’s migration intake by 30,000, Mr Yan said he was not surprised the department was in no rush to process visa applications.
According to freedom of information documents obtained by Mr Yan, it has caused numbers on the waiting list for a contributory parent visa alone to surpass 43,000 as of February this year.“Lots of the new migrants from China, they are single child family and they would like to have their parents by their side,” he said.The government has cited increased demand and scrutiny of applications and necessary checks for longer processing times.
“Visa processing times are driven by a range of factors including the volume of applications received, completeness of the application, how promptly applicants respond to any requests from the department and the complexity of assessments in relation to integrity, health, character and national security requirements,” a department spokesman said in a statement provided to SBS News.
The department has also introduced a temporary parent visa, allowing an applicant’s parents to remain in the country for up to five years, to make it easier for families to reunite.

As well as the cost of two applications, Ms Chen also missed out on her lost entitlements due to the two businesses collapsing.
While other employees could claim them through a government scheme, Ms Chen is not eligible to claim the more than $13,000 she is owed in unpaid leave as she is not a permanent resident of Australia. 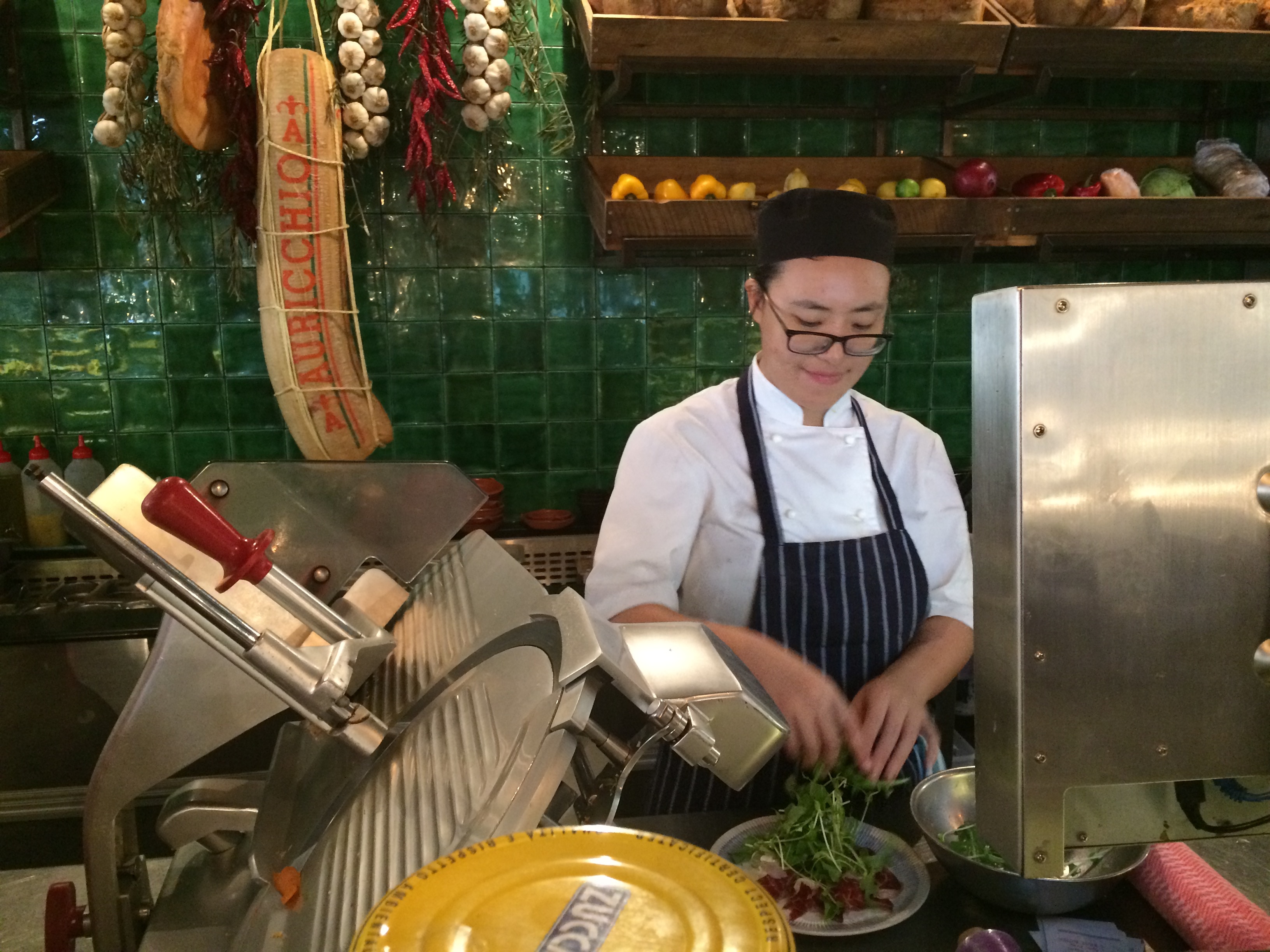 Wei ‘Mira’ Chen at work at Jamie’s Italian.
Supplied
United Voice believes the system is additionally unfair because it gives businesses too much power over employees waiting for a visa.
“Workers are too fearful to make any sort of complaint … because if their employer terminates their employment they can be deported.”

Dealing With Rejection? Remember That Tenacity Can Help You Go Far Migrants want to live in the big cities, just like the rest of us