How to Conduct an Effective Job Interview 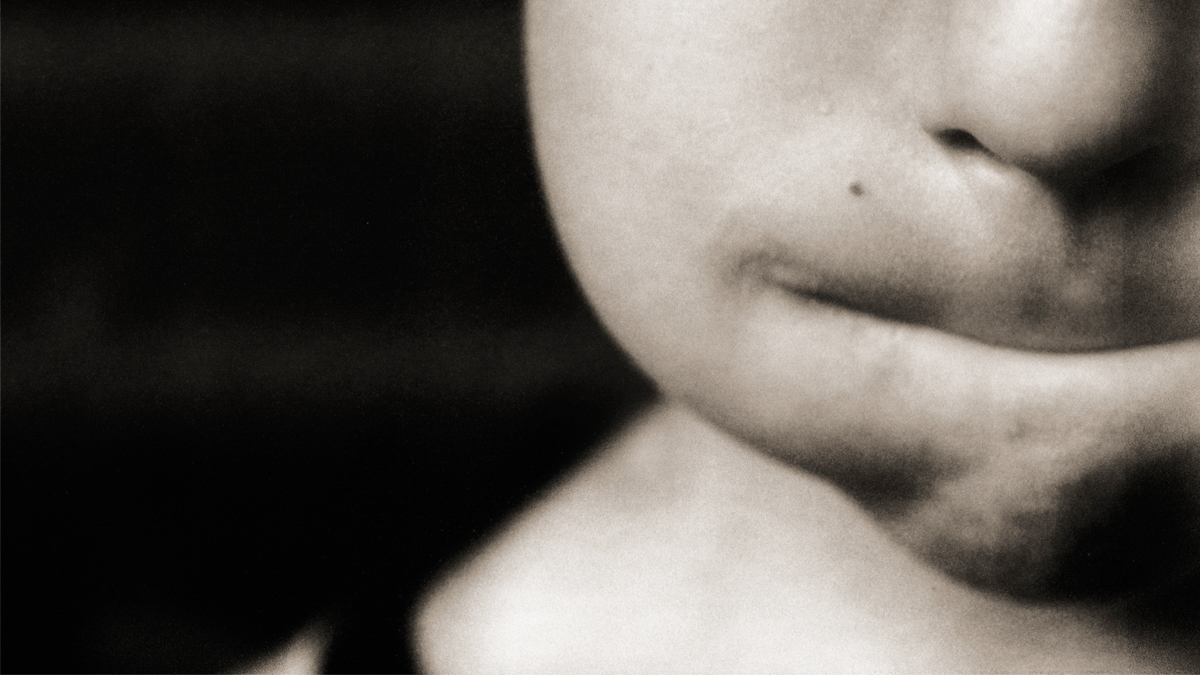 The virtual stack of resumes in your inbox is winnowed and certain candidates have passed the phone screen. Next step: in-person interviews. How should you use the relatively brief time to get to know — and assess — a near stranger? How many people at your firm should be involved? How can you tell if a candidate will be a good fit? And finally, should you really ask questions like: “What’s your greatest weakness?”

What the Experts Say
As the employment market improves and candidates have more options, hiring the right person for the job has become increasingly difficult. “Pipelines are depleted and more companies are competing for top talent,” says Claudio Fernández-Aráoz, a senior adviser at global executive search firm Egon Zehnder and author of It’s Not the How or the What but the Who: Succeed by Surrounding Yourself with the Best. Applicants also have more information about each company’s selection process than ever before. Career websites like Glassdoor have “taken the mystique and mystery” out of interviews, says John Sullivan, an HR expert, professor of management at San Francisco State University, and author of 1000 Ways to Recruit Top Talent. If your organization’s interview process turns candidates off, “they will roll their eyes and find other opportunities,” he warns. Your job is to assess candidates but also to convince the best ones to stay. Here’s how to make the interview process work for you — and for them.

Before you meet candidates face-to-face, you need to figure out exactly what you’re looking for in a new hire so that you’re asking the right questions during the interview. Begin this process by “compiling a list of required attributes” for the position, suggests Fernández-Aráoz. For inspiration and guidance, Sullivan recommends looking at your top performers. What do they have in common? How are they resourceful? What did they accomplish prior to working at your organization? What roles did they hold? Those answers will help you create criteria and enable you to construct relevant questions.

Reduce stress
Candidates find job interviews stressful because of the many unknowns. What will my interviewer be like? What kinds of questions will he ask? How can I squeeze this meeting into my workday? And of course: What should I wear? But “when people are stressed they do not perform as well,” says Sullivan. He recommends taking preemptive steps to lower the candidate’s cortisol levels. Tell people in advance the topics you’d like to discuss so they can prepare. Be willing to meet the person at a time that’s convenient to him or her. And explain your organization’s dress code. Your goal is to “make them comfortable” so that you have a productive, professional conversation.

Involve (only a few) others
When making any big decision, it’s important to seek counsel from others so invite a few trusted colleagues to help you interview. “Monarchy doesn’t work. You want to have multiple checks” to make sure you hire the right person, Fernández-Aráoz explains. “But on the other hand, extreme democracy is also ineffective” and can result in a long, drawn-out process. He recommends having three people interview the candidate: “the boss, the boss’ boss, and a senior HR person or recruiter.” Peer interviewers can also be “really important,” Sullivan adds because they give your team members a say in who gets the job. “They will take more ownership of the hire and have reasons to help that person succeed,” he says.

Assess potential
Budget two hours for the first interview says Fernández-Aráoz. That amount of time enables you to “really assess the person’s competency and potential.” Look for signs of the candidate’s “curiosity, insight, engagement, and determination.” Sullivan says to “assume that the person will be promoted and that they will be a manager someday. The question then becomes not only can this person do the job today, but can he or she do the job a year from now when the world has changed?” Ask the candidate how he learns and for his thoughts on where your industry is going. “No one can predict the future, but you want someone who is thinking about it every day,” Sullivan explains.

Ask for real solutions
Don’t waste your breath with absurd questions like: What are your weaknesses? “You might as well say, ‘Lie to me,’” says Sullivan. Instead, try to discern how the candidate would handle real situations related to the job. After all, “How do you hire a chef? Have them cook you a meal,” he says. Explain a problem your team struggles with and ask the candidate to walk you through how she would solve it. Or describe a process your company uses, and ask her to identify inefficiencies. Go back to your list of desired attributes, says Fernández-Aráoz. If you’re looking for an executive who will need to influence a large number of people over whom he won’t have formal power, ask: “Have you ever been in a situation where you had to persuade other people who were not your direct reports to do something? How did you do it? And what were the consequences?”

Consider “cultural fit,” but don’t obsess
Much has been made about the importance of “cultural fit” in successful hiring. And you should look for signs that “the candidate will be comfortable” at your organization, says Fernández-Aráoz. Think about your company’s work environment and compare it to the candidate’s orientation. Is he a long-term planner or a short-term thinker? Is he collaborative or does he prefer working independently? But, says Sullivan, your perception of a candidate’s disposition isn’t necessarily indicative of whether he can acclimate to a new culture. “People adapt,” he says. “What you really want to know is: can they adjust?”

Sell the job
If the meeting is going well and you believe that the candidate is worth wooing, spend time during the second half of the interview selling the role and the organization. “If you focus too much on selling at the beginning, it’s hard to be objective,” says Fernández-Aráoz. But once you’re confident in the candidate, “tell the person why you think he or she is a good fit,” he recommends. Bear in mind that the interview is a mutual screening process. “Make the process fun,” says Sullivan. Ask them if there’s anyone on the team they’d like to meet. The best people to sell the job are those who “live it,” he explains. “Peers give an honest picture of what the organization is like.”

Case study #1: Provide relevant, real-life scenarios to reveal how candidates think
The vast majority of hires at Four Kitchens, the web design firm in Austin, TX, are through employee referrals. So in November, when Todd Ross Nienkerk, the company’s founder and CEO, had an opening for an account manager, he had a hunch about who should get the job. “It was somebody who’d been a finalist for a position here years ago,” says Todd. We’ll call her Deborah. “We kept her in mind and when this job opened, she was the first person we called.”

Even though Deborah was a favored candidate, she again went through the company’s three-step interview process. The first focused on skills. When Four Kitchens interviews designers or coders, it typically asks applicants to provide a portfolio of work. “We ask them to talk us through their process. We’re not grilling them, but we want to know how they think and we want to see their personal communication style.” But for the account manager role, Todd took a slightly different tack. Before the interview, he and the company’s head of business development put together a job description and then came up with questions based on the relevant responsibilities. They started with questions like What are things you look for in a good client? What are the red flags in a client relationship? How do you deal with stress?

Then, Todd presented Deborah with a series of redacted client emails that represented a cross-section of day-to-day communication: some were standard requests for status updates; others involved serious contract disputes and pointed questions. “We said, ‘Pretend you work here. Talk us through how you’d handle this.’ It put her on the spot, but frankly, this is what the job entails.”

After a successful first round, Deborah moved on to the second phase, the team interview. In this instance, she met with a project manager, a designer, and two developers. “These are an opportunity for applicants to find out what it’s like to work here,” says Todd. “But the biggest reason we do it is to ensure that everyone is involved in the process and feels a sense of ownership over the hire.”

The final stage was the partner interview, during which Todd asked Deborah questions about career goals and the industry. “It was also an opportunity for her to ask us tough questions about where our company is headed,” he says.

Deborah got the job and started earlier this month.

Case study #2: Make the candidate comfortable and sell the job
When Mimi Gigoux, the EVP of human resources at Criteo, the French ad-tech company, interviews a job candidate, she looks for signs of “intellect, open-mindedness, and passion” both for the company and for the role. “Technical expertise can be taught on the job, but you can’t teach passion, drive, and creativity,” says Mimi, who is based in Silicon Valley.

About two months ago, Mimi opened a requisition for a new member of her team. She was particularly interested in one of the applicants: a person who had previously run talent operations at several top companies in the Bay Area. We’ll call him Bryan.

Before the interview, her team communicated with Bryan about the kinds of questions Mimi planned to ask. “I don’t believe in ‘tough interviews,’” she says. “If candidates perceive a hostile environment, they go into self-preservation mode.” And when Bryan came in for the interview, she did everything she could to make him comfortable. She started by asking him questions about his hobbies and interests, and Bryan told her about recent trips he had taken to Nepal and Australia. “It told me that he was open and intrigued by different cultures”— a characteristic she deemed critical for the recruiting role.

Mimi then moved on to past professional experience. Her aim, she says, was “to find out what inspired him to move from one job to the next.” She also asked behavioral-based questions. “I wanted to see how he identified patterns and problems, how he has managed difficult personalities in the past, and how he worked cross-functionally,” she says.

As the interview progressed, Mimi became more and more convinced that Bryan was the right person for the job. She shifted from asking questions to detailing “how special this company is.” She explains, “I wanted him to walk away from the interview thinking: ‘I want to work at Criteo.’”

Mimi offered the job to Bryan; he accepted but later had to retract for personal reasons.

The 20 Best Productivity Hacks, According To Experts John Maxwell’s: 5 Tips To Becoming A Better Entrepreneur And Leader