Dealing With Rejection? Remember That Tenacity Can Help You Go Far 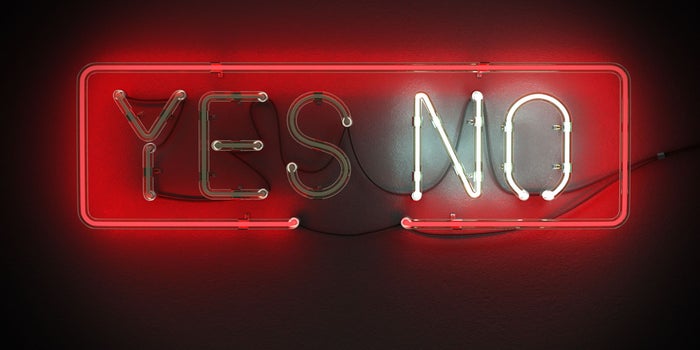 There is a common misperception that entrepreneurs are people who love risk, readily taking it on and tolerating it better than the average person. But for me, entrepreneurship was never about taking risks, but about leaving your comfort zone, whatever that looks like to you.

I left a secure, tenured position in academia after 18 years to start a training institute for competitive intelligence analysts because initial workshops — sponsored at the time by BusinessWeek, today a Bloomberg company — were a smashing success.

Erring on the side of caution in times of uncertainty does make sense. With a radical new idea, you don’t want to jump head-first into a possibly empty pool. Michael Dell got his start by selling assembled computers to his dormitory friends first. For entrepreneurs, testing an idea with whatever small audience is readily available is the equivalent of formal market research at large companies.

Before I started my venture, I never ran a company. The leap from a secure tenured position required an excitement that comes when you think you have identified a true unmet need that only you can fulfill. It was that enthusiasm that pushed me past the normal hesitations. But I still had to learn the most valuable lesson years after that leap.

Over the years in my field of competitive intelligence, I published seven business books. The drive to putting your expertise on paper comes from having a theme — a new idea that you can’t find in other books. I realized that feeling was no different than starting a business where you see an unmet need.

Read this: The NEW Employee Manual: A No-Holds-Barred Look at Corporate Life IAmazon I Barnes & Noble

Once you have the new idea – a model, a theory, a lesson learned or in essence, a new perspective on familiar territory – you can develop the book around it. Without this new perspective, though, you’re just another voice in a crowded room.

For decades, though, my dream was to write a novel. Alas, as a first generation immigrant I have profound insecurity about my limited vocabulary, not to mention how I pronounce cache as ca-ché (rhymes with tou·ché). And I still can’t tell when to use ‘will’ and when to use ‘would.’ I would (will?) love to get the rule clarified. It drove Mark Chussil, the co-author of my latest business book The NEW Employee Manual up the proverbial wall. And thank god for spell check, because at first I wrote ‘preverbial.’

Writing a novel was absolutely outside my comfort zone. Then, my best friend died suddenly from a massive heart attack. One minute he was there, my best friend, and the next he was gone. Through the anger and agony I thought — no, he is not gone, as long as I remember him. Call it “virtual existence.” When I die, his memory will die with me.

And I started speculating about this virtual existence via the memories of people who love you. What if all those virtual “lives” were housed in one place between physical death and total “erasure” as their memory fades? Where would such a place be? Who would run it?

The idea that would become my novel, There Will Be Hell To Pay, was born. The new perspective on life and death led to my reimagining of Heaven and Hell and a celestial department of human resources. I was so excited by the prospect of the story that I even forgot my insecurity about writing a story in English.

Writing the book was exhilarating. It took double the time business books take. It meant losing sleep, walking into doors, skipping meals because a plot twist just came to me. But that was the easy part. Then I had to find a publisher, the literary equivalent of finding a venture capitalist for a startup, with all the frustration that can come with trying to pitch your idea.

A recent story in Entrepreneur describes the trajectory of an $8 million tea company.  The Tiesta Tea founders knocked on 500 doors before succeeding. John Paul DeJoria, founder of John Paul Mitchell hair products, started by selling from the trunk of his car, and famously said, “You have to be able to knock on door number 100 and be just as enthusiastic at that door as you were on the first 100 doors that were slammed in your face.” In my case, it was knocking on 423 literary agents and publishers’ doors and getting a rejection from 422.

Read this: The NEW Employee Manual: A No-Holds-Barred Look at Corporate Life IAmazon I Barnes & Noble

It took a whole year of continuous sending of queries and plot lines and bios. No, I don’t have thick skin. I hated the rejection form email from agents saying “while it doesn’t fit our needs, there may be other agents who’d love it.” Some of those rejection emails even arrived a year later. I distinctly remember one agent that said of his call to pass on the book, “the decision is subjective.” That may be very well true, but didn’t do much to help me at the time.

As the rejections piled up, instead of giving up I changed the pitch and plowed forward. A book has layers, and angles, and how you describe the book can be changed to reflect different themes. To agents focusing on women-led narratives, I emphasized that the book is about the most powerful woman in the universe. To mystery lovers, I focused on the supernatural battle between Heaven and Hell. To the agents whose websites showed a sense of humor, I zoomed on my depiction of the Celestial Spheres as a big, incompetent, government agency. I researched the agents and publishers’ preferences and tailored the query to what I thought would get their attention. I knew I had a few seconds, less even than the famous business “elevator pitch” to catch their eyes.

The rejections actually made me more committed because it required creative solutions to overcome the obstacles. The excitement of “maybe this pitch will work” pushed me forward. When I eventually found a small indie publisher that loved the book, I realized the most important lesson I learned: Tenacity matters.

If “necessity is the mother of invention,” then tenacity is the child of entrepreneurial drive. You left your comfort zone to be the first out with this different perspective, so make the most of it. Change, adapt, test — just don’t give up if you have this conviction bubbling inside you that your idea, perspective, product or service is new, is different, is saying something no one else said before.