The Morrison government will divert migrants to key areas, establish a dedicated fast-rail office and push back against Treasury’s reliance on immigration to boost economic growth and tax revenue.
In his first interview since being elevated to the cabinet, the Minister for Population, Alan Tudge, said immigration had played a key part in the May 18 federal election result – with outer suburban areas in Melbourne, Sydney, and Brisbane backing the Coalition to deliver fewer migrants and increased infrastructure. 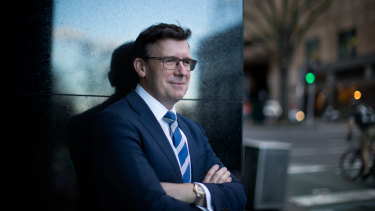 Mr. Tudge said five regional areas will be named as the focus of council and business sponsorship arrangements designed to take population pressures off the east coast by pulling more skilled migrants into the regions.

Mr. Tudge also named Dubbo in NSW as an area that was “crying out for workers”.

“One of the skill shortages they have in far-north Queensland are Chinese-speaking scuba instructors,” he said. “That is not going to be on a national skills shortage list, but it is a really important role to cater to a booming tourism industry up there.”

Figures from the Department of Home Affairs show non-regional skilled migration visas have risen every year under the Coalition, while those dedicated to the regions dropped from a high of 20,510 in 2012-13 to 10,198 in 2016-17.

Mr. Tudge’s shift into the Treasury portfolio will bridge the divide between Treasury and Infrastructure planning that has characterized the past decade of population policy.
It coincides with the establishment of a Population Centre of Excellence within the department to temper Treasury’s focus on revenue and examines social and economic factors in immigration.
Despite the aim, budget figures show more than 270,000 temporary and permanent migrants will arrive in Australia in 2019, up from 259,000 last year. The figure is 40,000 more than was forecast in last year’s budget, representing a 15 percent blow out.”It is always a balance between economic growth and at the same time recognizing that there are significant pressures on our big cities,” Mr. Tudge told The Sydney Morning Herald and The Age. “The issue isn’t necessarily the overarching growth figure for Australia. The issue is the distribution of that growth.”Population pressures – particularly on infrastructure – were “very important matters” for people at last month’s federal election, Mr. Tudge said.”As soon as you get into middle and outer suburbs, people are really feeling the growth pressures that we have had in Melbourne, Sydney and south-east Queensland. In many cases, the infrastructure has not kept up. A lot of our campaign was outlining plans to not only deal with population pressure but also massively increase infrastructure.”Mr. Tudge said Treasury’s all-in-one population center, which will bring together migration data from multiple departments, will get “cracking as quickly as possible” once funding begins from July 1.”The ambition is to map out the population growth with the services and infrastructure required much more tightly than we have done in the past,” he said.Mr. Tudge said a ramp up in construction timelines could see some of the $30 billion in funding allocated to infrastructure in the April budget accelerated if state governments want to see projects delivered quicker. Only 30 percent of the $30 billion allocated in April is due to be handed out over the next four years.