Australians accepting of migrants but negative towards Islam, poll finds 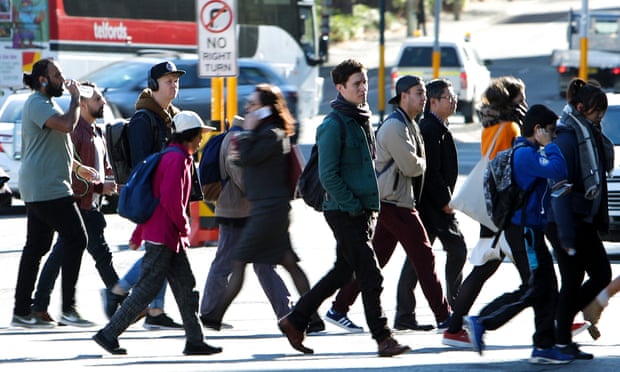 The YouGov data has revealed fascinating insights into the Australian identity, its place in the world, and its many contradictions. Photograph: Paul Braven/AAP

Lovers of regulation, supporters of same-sex couples and very liberal when it comes to abortion – this is how a sample of a thousand Australians perceive themselves.
Australia is a country that accepts gay couples, hates the big banks, considers second-generation migrants “Australian”, but the majority feel negatively towards Islam.
New wide-ranging data released by YouGov has revealed fascinating insights into the Australian identity, its place in the world, and its many contradictions.
Australians were the second-highest out of 23 countries surveyed in not considering where someone’s parents come from as relevant to identifying as Australian, but in our personal lives, 47% admitted to having “very few” or no close friends of a different ethnic background. And 80% of us believe women still suffer discrimination, but a third also think the women’s rights movement has gone too far.
Older Australians, perhaps surprisingly, are just as supportive of gender equality as their younger counterparts. In some cases, more so. But generational fault lines opened up over same-sex relationships (those under 45 vs over 45) and the acceptance of transgender Australians (under 35 and over 35)

What is the YouGov-Cambridge Globalism Project?

The project is a new annual survey of global attitudes in 23 of the world’s biggest countries, covering almost 5 billion people.The 2019 survey canvassed 25,325 people online across much of Europe, the Americas, Africa and Asia in February and March.
Questions about populist attitudes and convictions were inserted in order to derive a “populist cohort”, and discover what this group of people think about major world issues from immigration to vaccination, social media and globalization.

The full methodology can be found here.

Across 1,006 Australians, and thousands more around the world, the YouGov-Cambridge Globalism Project has already shed light on Australians’ sentiments towards immigration and our institutions. Here are some of its other insights:

Islam and other religions

51% of Australians had unfavourable sentiments towards Islam, and only 10% looked upon the religion positively, making Australia more negative than 17 of the other 22 countries surveyed.

In fact, 37% of people said they were “very unfavourable”– the most negative response available. This was far higher than the milder option of “fairly unfavourable” (14%), and made it the single most common response to the religion. 23% of people were neutral. 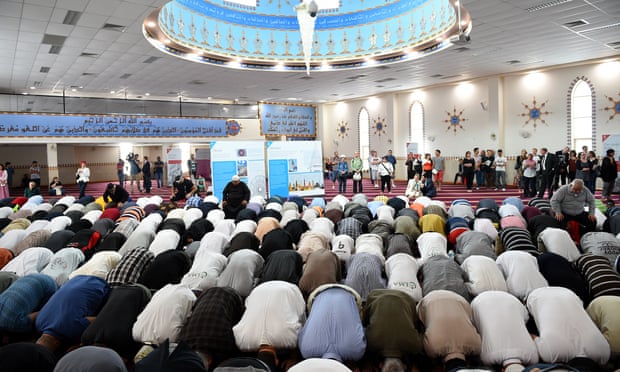 The poll found only 10% looked upon Islam positively, making Australia more negative than 17 of the other 22 countries surveyed. Photograph: Dan Himbrechts/AAP

In comparison, 45% of Australians were positive towards Christianity, and 21% were negative.
Judaism had a favorability rating of 18%, and unfavourability of 20%. The largest segment was “neither favourable nor unfavourable” and “don’t know” – which added to 58%.

Thinking about religion, how favourable or unfavourable do you feel towards each of the following religions?

Age was one of the biggest factors that correlated with anti-Islam sentiment.

That number changed when it was widened to include “broad friendship group”, but 24% of Australians still said they had “very few” friends who were different from them, even broadly.

Despite the high figures, this was actually better than many other countries. Australians had lower rates among the “none” and “very few” categories, and higher rates in the “about half” and “less than half” for their broad friends.
Unsurprisingly, this correlated with more negative views on globalisation. Of the people who thought globalisation negatively affected their standard of living and had increased crime, 33% and 32% respectively said they had very few broad friends of different backgrounds (10 points higher than the national average).

However, this result could have been skewed slightly by the fact that Anglo-Australians were overrepresented in the survey’s sample.
85% of those surveyed said English alone was their first language. While the Australian census does not record first language exactly, it records what languages people speak at home, and in 2016, only 72.7% of the population spoke English and no other languages.

Australians are very reluctant to identify with their geographic region.

While some in France identify strongly as European, Australians are more likely to identify as a “citizen of the world”, before they identify as a member of the Asia-Pacific.

80% of Australians think there is still some discrimination against women. However, 14% said women experienced no discrimination at all, and 33% of those surveyed believed the women’s rights movement had gone too far.

64% of Australians believe abortion is acceptable (nearly 20 percentage points higher than the rest of the world), 77% believe having a baby outside of marriage is acceptable, and 47% said they have a favourable opinion of the MeToo movement – compared with 23% unfavourable.

Views on these questions shifted with political affiliation. There was a huge spike in disapproval in even the most centrist rightwing categories, not just the fringes.
34% of those in the political centre thought women’s rights had gone too far – close to the national figure. That jumped to 56% in the “slightly right of centre” category. By comparison, the “slightly left of centre” category stayed at 34%.

This was reflected in the major parties, which sharply diverged on the women’s movement.

Half (49%) of Coalition voters thought the women’s rights movement had gone too far, compared with only a quarter (27%) of Labor voters.

Finally, support for abortion was incredibly consistent. Men and women had exactly the same approval level (64%).
Interestingly, approval was the same across the major parties too. In fact, both Coalition had Labor voters approved of abortion more than the national figure. This is because high disapproval ratings in the “other” voter category, and those who did not vote or couldn’t remember, brought down the national percentage.

67% of Australians believe it is acceptable to have a same-sex relationship, and 50% believe it is acceptable for someone to identify as a different gender to the one they were assigned at birth.
But unlike gender equality, age had a stark effect. Australians were very supportive of same-sex relationships up until age 55 and over, where support sharply dropped to 57% – compared with 70% of those aged 45-54.
For the acceptance of being transgender, that age divide came either side of 35. Those under 35 had a 62% approval rate, those older a 46% rate or lower.

Globally, Australians were more accepting of same-sex couples than 13 other countries, but scored lower than eight, with Denmark leading the countries surveyed at 80%.

Since you’re here…
we have a small favour to ask. More people are reading and supporting our independent, investigative reporting than ever before. And unlike many news organisations, we have chosen an approach that allows us to keep our journalism accessible to all, regardless of where they live or what they can afford.The Guardian is editorially independent, meaning we set our own agenda. Our journalism is free from commercial bias and not influenced by billionaire owners, politicians or shareholders. No one edits our editor. No one steers our opinion. This is important as it enables us to give a voice to those less heard, challenge the powerful and hold them to account. It’s what makes us different to so many others in the media, at a time when factual, honest reporting is critical.
Every contribution we receive from readers like you, big or small, goes directly into funding our journalism. This support enables us to keep working as we do – but we must maintain and build on it for every year to come.
Australia to Cut Number of Migrants Under New Population Plan Man refused partner visa after partner tells immigration authorities, ‘relationship is over’